Criticizing is easy. Making proposals is harder. Here is one, simple and radical, yet – I shall argue – reasonable and urgent.

Euro-dividend is how I shall call it. It consists of paying a modest basic income to every legal resident of the European Union, or at least of the subset of member states that either have adopted the Euro or are committed to doing so soon. This income provides each resident with a universal and unconditional floor that can be supplemented at will by labour income, capital income and social benefits. Its level can vary from country to country to track the cost of living, and it can be lower for the young and higher for the elderly. It is to be financed by the Value Added Tax. To fund a Euro-dividend averaging 200 Euros per month for all EU residents, one needs to tax the EU’s harmonized VAT base at a rate of about 20%, which amounts to close to 10% of the EU’s GDP.

Why do we need such an unprecedented scheme? For four reasons. The most urgent one has to do with the crisis in the Eurozone. Why is it that the US have been managing for many decennia with a single currency despite the diversity of its fifty states and their divergent economic fates, whereas the Eurozone is in deep trouble after just one decade? From Milton Friedman to Amartya Sen, economists have kept warning us: Europe lacks two buffering mechanisms that serve in the US as powerful substitutes for exchange rate adjustments by individual states.

One of them is inter-state migration. The proportion of US residents who move to another state in any given period is about six times higher than the proportion of EU residents who move to another member state. Europeans may become somewhat more mobile. But our entrenched linguistic diversity imposes very strict limits on how far we can expect – or indeed hope – to amplify this first mechanism. Athens’ unemployed will never migrate as smoothly to Munich as Detroit’s to Austin.

The Dollar zone’s second powerful buffering mechanism consists of automatic inter-state transfers, essentially through the working of a welfare state largely organized and funded at the federal level. If Michigan or Missouri suffer economically, they do not sink into a downward spiral. Not only is their unemployment tempered by emigration. In addition, owing to tax liabilities shrinking and benefit payments swelling, a growing part of their social expenditures is de facto funded by the rest of the country. Depending on the methodology used, the estimates of the extent of this automatic compensation vary between 20% and 40%. In the EU, by contrast, the dampening of a member’s state downturn through adjustments of net transfers across states amounts to less than 1%. Given the poor prospects of the migration mechanism, the Eurozone simply cannot afford to neglect this second one. What form should it take? We shall not nor should ever have an EU-wide mega welfare state. Something more modest, far rougher, more lump-sum and therefore more compatible with the EU’s subsidiarity principle, is what we need. If it is to be viable, our monetary union needs to equip itself with a number of new tools. One of them is a buffering mechanism which can only be something like a Euro-dividend.

The second reason why we need such a transnational transfer scheme applies to the EU as a whole. The linguistic and cultural diversity of the European continent does not only make inter-state migration more costly and therefore less likely for the individuals involved. It also reduces the benefits and increases the costs for the communities involved. Integration into the new environment, both economic and social, takes more time, requires more administrative and educational resources, creates more lasting tensions than is the case with inter-state migration in the US. As migrants from poorer countries flock into the more affluent metropolitan areas, the feeling of being invaded by indigestible crowds feeds the drive to reinstate thick boundaries and repudiate both free movement and non-discrimination. There is an alternative, however: organize systematic transfers from the centre to the periphery. People will no longer need to be uprooted and driven away from their relatives and communities by the sheer need to survive. Instead, populations will be sufficiently stabilized to make immigration digestible in the magnet areas and to stop emigration being badly debilitating in the peripheral areas. If it is to be politically sustainable and socio-economically efficient, a European Union with free internal migration must introduce something along the lines of a Euro-dividend.

Thirdly and most fundamentally, the free movement of capital, human capital, goods and services across the borders of member states erodes the capacity of each of these to perform the redistributive tasks they discharged pretty well in the past. Member states are no longer sovereign states able to set democratically their priorities and to realize solidarity among their citizens. They are more and more compelled to behave as if they were firms, obsessed by their competitiveness, anxious to attract or keep their capital and their human capital, eager to eradicate any social expenditure that cannot be sold as an investment and to phase out any scheme likely to attract welfare tourists and other unproductive folk. It is no longer democracy that imposes its rules on markets and uses them for its purposes. It is the single market that imposes its laws on democracies and forces them to give competitiveness top priority. If our diverse ways of organizing social solidarity are to be saved from the grip of fiscal and social competition, part of it must be lifted to a higher level. The power and diversity of our welfare states will not survive the murderous pressure of competitiveness unless the united European market operates on the foundation of something like a Euro-dividend.

Finally, it is important for all dimensions of the functioning of the European Union that its decisions should be regarded as legitimate, so that governments and citizens will not feel entitled to circumvent them in all sorts of ways. One important factor turns on whether citizens perceive very tangibly that the Union does something for all of them, not only for the elites, for the movers, for those who are in a position to seize the new opportunities, but also for the underdogs, for those left out, for the stay-at-homes. Bismarck helped secure the shaky legitimacy of his unified Germany by creating the world’s first public pension system. If the Union is to be more in people’s eyes than a heartless bureaucracy, if it is to be perceived as a caring Europe with which all can identify, it will need to find a way of bringing about something totally unprecedented: a universal Euro-dividend.

Are there any reasonable objections to this proposal? Of course there are. Some, for example, may question the wisdom using VAT to fund the scheme. True, VAT is the most Europeanized of all major forms of taxation. But would it not make more sense to use a Tobin tax or a carbon tax, for example? We can do so, but what these taxes could fund, under pretty optimistic assumptions, is an EU-wide monthly Euro-dividend of between 10 and 14 Euros. Why not the more progressive personal income tax then? Because the definition of the income tax base varies greatly from country to country and is highly sensitive politically. Moreover, today’s income tax is de facto hardly more progressive than VAT. When added to national rates, would a 20% rate of VAT not be unsustainable? It does not need to be added to unchanged VAT rates: the member states’ social expenditures can and should be adjusted downward and the revenues of the income tax upward as a straightforward implication of the sheer presence of the Euro-dividend.

Others are likely to object that each of the four functions listed above could be served better through some more complicated, more sophisticated device. Most of these arguments will be correct. My claim is simply that no other manageable mechanism would serve all four functions as well while being intelligible to the ordinary European citizen.

A more fundamental objection is that however desirable the expected effects, it would be unfair to give everyone something for nothing. This objection rests on a misperception. A Euro-dividend does not amount to an unfair redistribution of the fruits of some hard workers’ work. It rather amounts to sharing among all European residents, in the form of a modest basic income, part of the benefits of European integration. How much did we save as a result of not having to conduct or prepare war with our neighbours? How much did we gain as a result of having increased competition between our firms or of having allowed factors of production to move wherever in Europe they are most productive? No one knows and no one will ever know. But what is certain is that these benefits are distributed very unequally in the European population, depending on whether they are movers or stay-at-homes, depending on whether or not the situation created by European integration happened to make their consumption cheaper or their skills more valuable. A modest Euro-dividend is simply a straightforward and efficient way of guaranteeing that some of these benefits will reach each European in a tangible way.

Is this not utopian? Of course it is, in the sense in which the European Union itself was utopian until not so long ago, and also in the sense in which the social security system was utopian before Bismarck put together its first building blocks. But Bismarck did not create his pension system out of the kindness of his heart. He did so because people started mobilizing in favour of radical reforms across the whole of the Reich he was trying to unify. What are we waiting for?

This article is part of the EU Social Dimension expert sourcing project jointly organised by SEJ, the ETUC, IG Metall, the Hans Böckler Stiftung, the Friedrich-Ebert-Stiftung and Lasaire. 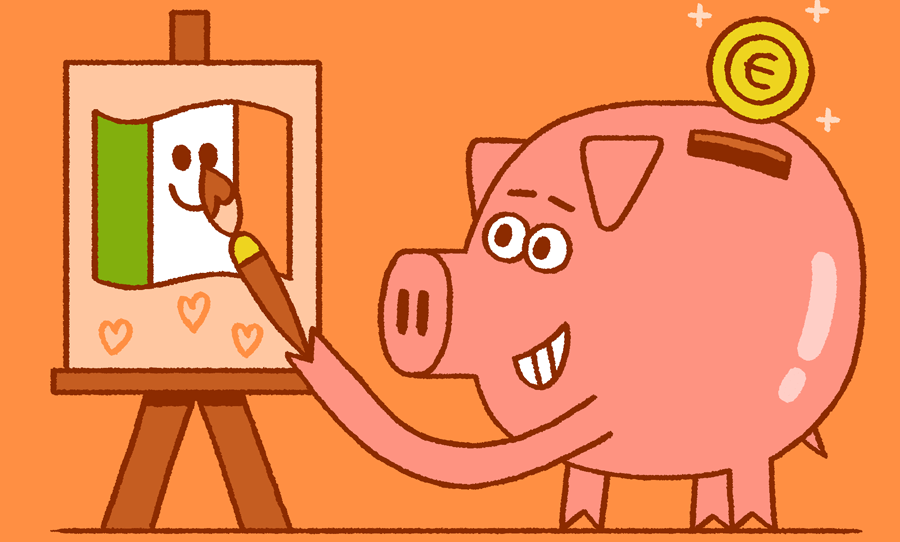