One solution could fight both global extreme poverty and climate change

Global extreme poverty is an urgent and persistent, but ultimately solvable, problem. One partial solution to such widespread poverty could also help to mitigate the growing impacts of climate change: the development of a universal dividend funded by a universal carbon fee.

The World Bank estimates more than a billion people struggle to survive on the equivalent of what $1.25 a day would buy in a developed country like the U.S. Nearly two-fifths of human beings attempt to survive on less than $2.15 a day. These numbers translate into hunger; inadequate shelter, sanitation and health care; exploitation, and the premature death of 50,000 people every day, 29,000 of them children under 5.

Development aid to other countries, whether well-meaning or not, has often done little or even made things worse. One reason is that food aid can undermine local agriculture by causing food prices to fall and farmers to migrate. Some welfare programs in developing countries have squandered much wealth on bureaucracies and corruption.

However, there are alternatives that can work – in particular, cash transfers from the affluent to the poor. These government transfer payments may come with conditions, such as requiring the poor to attend school or vaccinate children. Or they may be unconditional cash transfers, with no requirements attached.

In Brazil, Mexico and elsewhere, conditional cash transfers have been successful in raising people out of poverty and improving school attendance and health, without weakening work incentives. But conditional transfers have shortcomings and fail to reach many of the poor (such as childless households) that fail to meet the conditions.

Unconditional cash transfers, with no strings attached, are showing some surprising results – sometimes better than conditional transfers in boosting school attendance (in South Africa) or reducing teen pregnancy (in Malawi).

Such programs are usually targeted to the poor due to limited resources. However, targeted programs are less politically popular than universal programs like Social Security, and so the amounts tend to stagnate or get reduced over time. If they are harshly conditional, many of the most needy are left out.

By contrast, one state in the U.S. already has a universal unconditional cash transfer. Since 1982, every Alaskan has received a dividend averaging $1,200 per year, supported by the wealth from Alaska’s oil resources. It is extremely popular, and it helps reduce poverty in Alaska.

Recently, a pilot project in India’s state of Madhya Pradesh compared the effects of universal unconditional cash transfers in several villages, with villages without these cash transfers. Although the cash amounts were modest, less than $4 per month per person, the outcomes were astonishing. Compared with the control villages, the villages receiving cash transfers experienced a wide range of benefits and increased economic activity.

The evidence shows that for the world’s poorest, a relatively small guaranteed income can go a long way in lifting them out of extreme poverty. One promising model is the creation of a resource dividend, such as the Alaska dividend. As proposed in an earlier U.S. Senate bill, carbon is one resource that could become the basis for a universal social dividend.

If carbon fees were instituted everywhere, say at $20 per ton of carbon dioxide, and a dividend were given to every person globally, it would amount to twice as much as the basic income in the Indian experiment. Carbon fees are desirable independently as a means of reducing greenhouse gas emissions, while the dividend benefits poorer households despite the increase in prices.

This program, then, would have two major benefits on a global basis: reducing global poverty, while, at the same time, reducing carbon emissions – which threaten the future of the planet. Alternatively, if each country taxed its own carbon emissions, and donated a percentage of the proceeds for a global dividend, a national plus international dividend could still be enough to substantially decrease the number of people in extreme poverty.

International agreements, concerning trade, climate change and the like, should include attention to global poverty.

With the cost spread over the world’s population, it is not only feasible but just to give at least a small share of the earth’s resources to every human being. A universal carbon fee and dividend will help to eliminate the most extreme poverty, while helping to slow the down the pace of climate change, which will affect all of us.

Michael Howard is a professor of philosophy at the University of Maine. His current research is on just sharing of the burdens of climate change. He is a member of the Maine Regional Network, part of the Scholars Strategy Network, which brings together scholars across the country to address public challenges and their policy. 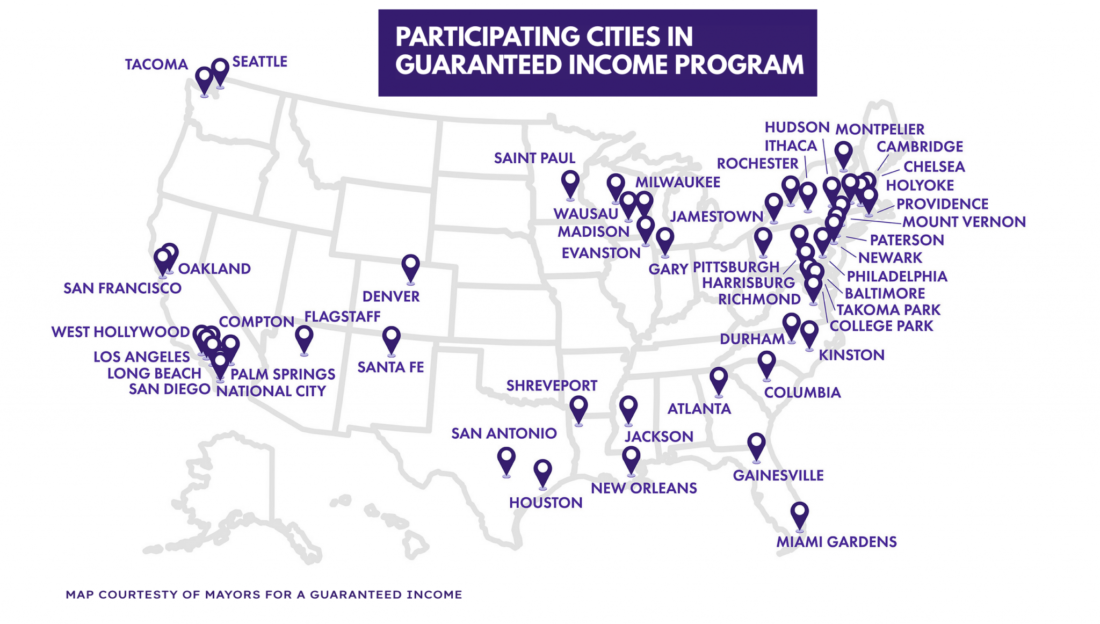