1. Recent highlights of activities and events.

2. Plans for upcoming activities in the next 6 – 12 months

Discussing to have an event together with the Korean Network

Preparing for the second congress which will be held sometime 2011

3. Types of information / support that your organization would find helpful from the BIEN EC and the Regional Coordinators

I have been really grateful for support from Philip, Guy, Karl, Yannick and other people.

Please write a few lines on the following strategic questions as you perceive them as relating to developments in the national policy debate on your country:

4. How do you see the discussion of BI in your country as intersecting with

broader social and economic reforms in your country, eg in the area of welfare/tax/the labour market? What potential problems and possible responses by BIEN can you envisage?   The child allowance has just been universalised from this June. This is the first introduction of universal benefit ever in Japan. However, even in the governing party this policy is not well justified, and among economists and intellectuals this is seen as curry favour with voters. BIJN-BIEN can intervene a struggle in discourse in favour of universal benefit and BI.   5. What other long-term national or regional goals do you see a BI reform as intersecting with, and in this regard what are in your view the critical policy and strategic challenges?   Seeking gender equality by demanding equal pay for equal value of work Taking disabled people seriously when we talk about principle of welfare state   6. How has the economic crisis – if at all – affected the BI debate and feasibility in your country?

Even after the economic crisis, marginalised voices, for example, by the disabled, feminists, ethnic minorities have not been heard yet. However the economic crisis made poverty of male able-bodied, ethnic Japanese people visible. This made a room for discussing blue prints which reduce poverty. The internet TV which discussed on BI where I was invited got 50,000 viewers even it showed after midnight.  One of my book on BI has been sold about 20,000 copies since its publication at February 2009.  I could not see the feasibility but the debate and concern is spreading.

*I am a secretary general of the Japan network, but the opinion above is nothing more than my personal view.  (The network has people with various opinions)

About  my diagnosis of Japanese situation, please also see the attached paper. 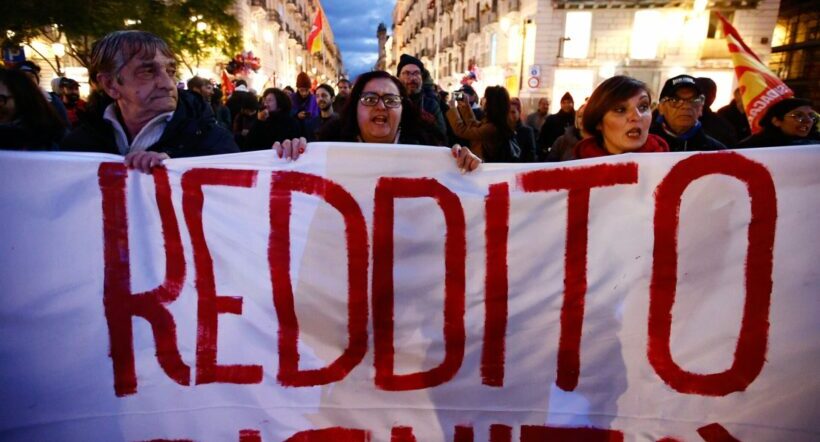