Economic value alone does not measure the full worth of, say, individuals who stay at home to care for others.

Scotland has an opportunity to rip up the rule book on welfare benefits by offering all its people a basic income from which they can choose to build on their earnings, writes Ailsa McKay

The forthcoming referendum on independence and the associated constitutional futures debates provide opportunities to think creatively about how we design and deliver state welfare in a new Scotland. This open door presents an invaluable opportunity for considering a citizen’s basic income (CBI) and how it provides the basis for reshaping welfare policy in accordance with a goal of promoting opportunities for all of Scotland’s people to flourish.

A universal and unconditional minimum income guarantee, a CBI, would replace all existing income maintenance benefits, including all reliefs set against income tax liability, and the amount paid would be tax-free. The proposal would involve full-scale integration of the tax and benefit system, thereby reducing administration costs and eroding any disincentives to work that can arise from the interaction of separate tax and benefit structures.

A CBI would ensure that the financial gains from paid work were always positive and would provide a more secure base for individuals to opt in and out of the labour market, thus promoting greater flexibility with respect to individual life choices. Furthermore, the universal aspect of the proposal prevents against discrimination, providing the foundations for a more equitable system of state welfare provision.

A significant stumbling block in considering a CBI proposal is the perceived prohibitive cost of a system for social security that involves granting everyone a minimum income guarantee and although a significant issue, a focus on cost at this stage prematurely stifles debate. Actual costs will depend upon a range of factors, including – perhaps most crucially – the level of grant.

However, questions of affordability are primarily issues related to implementation and will be influenced by how we define and treat social security benefits versus tax reliefs within our national accounting frameworks. Tax reliefs are, in effect, a benefit but presentationally are not regarded as such and, in a system that prioritises labour market participation, they will be favoured over more traditional forms of social security benefits.

Engaging in debates on cost thus involves closer examination of practical process issues relating to how we view tax reliefs in the context of income maintenance policy and how we need to transform our dominant fiscal institutions to better reflect transparency in what we actually want our system to do.

A CBI promotes individual autonomy and allows for the development of social and economic relationships, negotiated outwith the confines of traditional market oriented transactions. Therefore, in a broad philosophical context, a CBI provides the basis for creating space to rethink our notions of work, income and citizenship rights within modern capitalist economies.

Furthermore, in the narrower context of thinking about social security policy, a CBI presents a new and fresh way of approaching state-supported income maintenance policy in terms of justifying principles, design, and delivery mechanisms. Adopting a CBI would not simply imply tinkering with existing systems in response to identified inadequacies or inefficiencies. The concept itself involves the acceptance of a whole new way of thinking about social security policy in terms of the functions it can, should and does perform.

If understood in these terms, a CBI is more representative of a radical idea than a welfare reform proposal. However, the tendency is to view a CBI within the confines of rather narrow and limiting debates on the future of social security policy. That is, policy should be designed and delivered in ways that support, indeed prioritise active labour market participation.

In trying to move the debate beyond such confining parameters, it seems appropriate to try and locate a CBI within the context of a focus on crisis, cuts and citizenship. That is, perhaps we need to consider the CBI proposal in the context of the great recession as an opportunity to reshape our thinking on what makes a good society and who do we value in that society. Crucially, in doing so we need to develop a better understanding of how the structures and processes associated with our economic systems can better serve the needs of all citizens across all of our communities.

With respect to state welfare arrangements, the current economic environment has served to refocus attention on the affordability and effectiveness of income maintenance policy. At a UK level, this has been particularly apparent with wide-ranging reforms to the benefit system aimed at cutting costs to the public purse, restricting eligibility and promoting active labour market participation.

Across the political spectrum, the “something for nothing” mantra is dominating debates on the future of welfare with a resulting focus on reform strategies that protect against “benefit scroungers”, or free-riders. Reductions in overall spending are an added bonus associated with measures that act in pushing people back in to the labour market and out of welfare dependency.

However, questions remain as to how effective the labour market is, and will continue to be, in providing sustainable and meaningful employment opportunities for all. Furthermore, given the contemporary character of poverty and social exclusion, is it reasonable to assume that the labour market will continue to function as the main source of economic and social welfare? Individual income, either in terms of amount or source, is not necessarily an accurate indication of an individual’s welfare status or standard of living.

Thus, any anti-poverty strategy that has as a primary focus the promotion of labour market participation may only be addressing part of the problem. Perhaps, more importantly, is it desirable to expect it to do so? Some individuals may indeed derive great pleasure from paid work, but any policy that has at its core an assumed notion that work is a “good thing” does not allow for freedom of expression for all in terms of individual preferences, particularly women.

A CBI has the potential to address gender-based inequalities at a number of levels, but particularly to highlight the gender bias inherent within current state welfare arrangements and modern labour market structures. A CBI explicitly incorporates the notion that income should be derived from rights of citizenship. This would provide the basis for evaluating and accounting for the very different social experiences of men and women in a market-based economy and promote real freedom for all.

However, this potential will never be fully realised as long as reform debates remain constrained by traditional notions regarding the relationship between work and pay, and an implied notion that paid work remains the main source of economic welfare.

Arguing along these lines should not be considered indicative of an opposition to paid work per se. However, for many individuals, the experience of formal employment is not necessarily liberating or welfare-enhancing. Individual preferences are better served by a policy that allows for freedom of choice as opposed to one that limits choice in favour of a particular form of labour market participation.

Would a CBI work in Scotland – providing the basis for state welfare provision in accordance with an overarching purpose to provide “opportunities for all to flourish through sustainable economic growth”? In considering that question, a number of further questions immediately come to mind: what makes a good society, what do we value and what could a CBI do?

For instance, how do we go about reconceptualising what we consider to be “work”; how do we deal with the free-rider problem when we consider the third-party effects resulting from the energy and effort some individuals expend in building local communities and/or staying at home to care for others? How do we deal with the vulnerability of certain groups and the institutions they rely on as a source of economic and social welfare and how do we manage the social costs associated with increasingly unequal societies?

Considering the relationship between social and economic policy in the new Scotland, those questions should and could come to the forefront of debate. Perhaps it is time to consider a different set of values as the defining feature of our “good society” and maybe a CBI provides us at this moment in time in Scotland with just the platform for doing so.

Ailsa McKay is Professor of Economics at the Glasgow School for Business and Society in Glasgow Caledonian University. This is a short version of a paper for the seminar on “Delivering Social Security: Options in Scotland’s Constitutional Debate” held by the David Hume Institute and the University of Edinburgh on 18 February 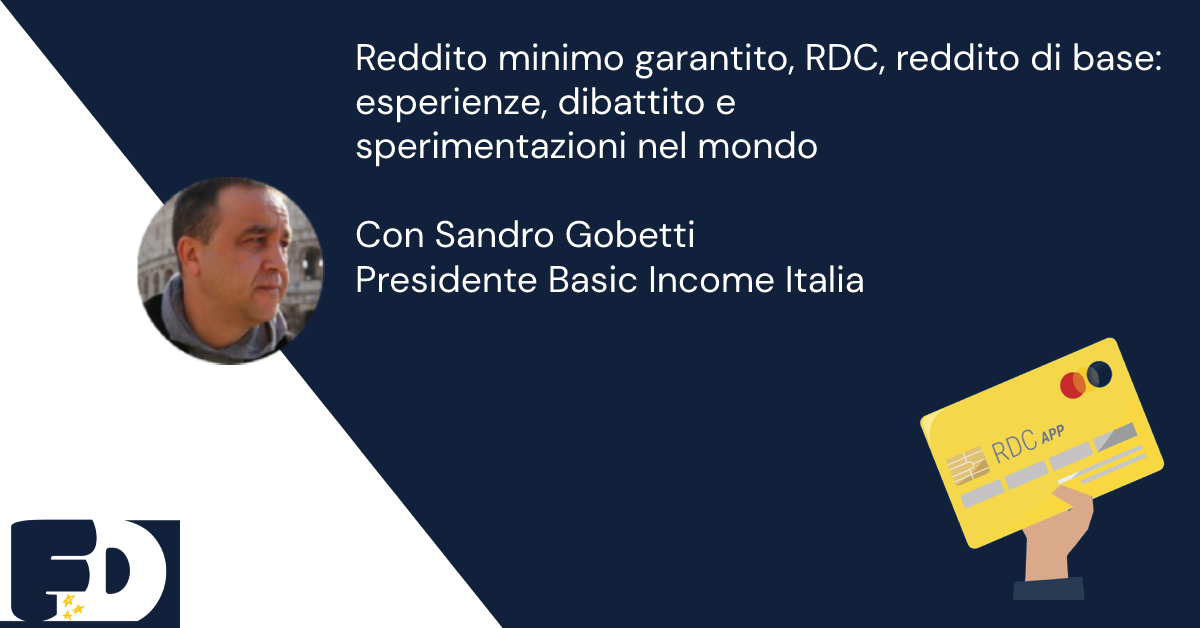