This paper has been conceived very much as a response to the global financial and economic crisis which has been unfolding since 2007 and which has become particularly intense since the effective implosion of the US banking system in September 2008. As noted by a number of supporters of the Basic Income (BI) concept, this situation has shown the huge potential value of the immediate widespread adoption of BI in bringing immediate relief of the acute symptoms of the crisis by acting as a counter-cyclical economic stabiliser, in that it would serve to spread purchasing power more evenly – and thereby sustain the overall level of economic activity above what would otherwise be very depressed levels as businesses and individuals seek to reduce their excessive levels of debt. In this regard it would be far more cost-effective than the government stimulus packages that have been widely implemented across the developed world (as well as China), consisting of either a) costly construction and infrastructure projects which typically have little positive economic impact once the construction phase is ended and are often of doubtful long-term economic benefit (such as urban “regeneration” projects), orb) tax or interest rate relief targeted at the most heavily indebted, which tends to flow into the paying down of debt rather than any significant stimulus to consumption. 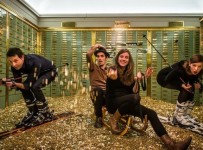 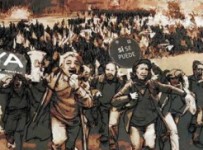 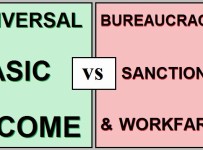