The system for social security as it has developed in Ireland and many other European countries is not working. It was designed for a different era, to provide income security for the relatively small numbers of people who became temporarily unemployed from standard jobs. Efforts to patch it up in response to new needs have been piecemeal. On the other hand, some EU countries, such as Italy and Greece, have no social security system in place. We need a proactive new system, building on the old system’s principles of security and social solidarity, but far more inclusive. Basic financial security should be a right for all members of society. A system that could achieve this is universal basic income, sometimes called a citizens’ income or dividend, and referred to as basic income in this short introductory paper.

Basic income is a regular and unconditional distribution of money by the state to every member of society, whether they engage in paid work or not. Basic income is always tax-free and it replaces social welfare payments, child benefit and the state pension as we currently know them. It also extends to all those who currently receive no income from the state. Ideally, a basic income would be sufficient for each person to have a frugal but decent lifestyle without supplementary income from paid work.

Basic income would bring into the security net all those not served by the current system: casual and short-contract workers who get no or limited sick pay, holiday pay or pension rights; self-employed people and business owners; those doing valuable unpaid work, including care, which adds value to society and economy. Basic income would increase everybody’s capacity to cope with financial shocks and uncertainties and would improve general quality of life, while supporting many different kinds of work, with or without pay.

Currently, those receiving welfare are badly served by the system: if they take paid work, especially low-paid or temporary, they often lose out financially, in a ‘benefits trap’. With basic income, there would always be a financial incentive for people to earn a taxable income, should a job be available. Employers would also welcome the ending of the benefits trap.

For those in sporadic or seasonal employment, a basic income would eliminate the need to sign on and off and the payment delays that often occur. The possibilities for welfare fraud would be minimised, with everyone playing by the same rules in a simpler system. This would also eliminate the current bureaucracy and intrusive scrutiny of claimants’ circumstances.

Running a business would be a different kind of experience. The income from it would be a top-up to a basic income. This would be a boost to existing businesses. It would also free people to try out business ideas, and the businesses would be viable as long as they made some small profit. They might even be able to carry losses for a short time while the business got established. There would be no harm done if the business failed, because the people involved would have their UBI to fall back on. It would also allow social entrepreneurs, who are not motivated by profit, to thrive. It would be a particularly good support for cooperative and partnership ventures.

It is often difficult in the present climate for small businesses to act ethically and survive. Fair trade is not always as profitable as so-called free trade. A UBI, by providing basic financial security for self-employed people and all involved in a business, would help truly ethical businesses to survive.

A basic income would also allow businesses to run a natural life cycle, fulfil a purpose and then die off naturally. Businesses that are successful often reach all their potential customers, serve them well, and then go out of business because their market has been saturated. They have cycles, like everything else in nature. However, in the modern growth mindset, a business is not regarded as successful unless it is constantly expanding; we find it hard to accept that businesses come to an end. A basic income would also mean that businesses that don’t want to grow can function at the same size for a long period.

A basic income would allow for the enforced closing of businesses (of any size) that are socially or ecologically harmful, such as weapons producers or big polluters. With their basic incomes to provide basic financial security, if a business was threatened with such closure, owners and employees could work (together or separately) to devise an alternative plan for the company. At the same time, all workers have financial security and greatly increased individual choices.

Basic income is a necessary part of any coherent state strategy for fostering private-sector business and entrepreneurship in the future. By providing basic securities for those wishing to start a business, it would create a supporting scaffold on which enterprise, creativity and inventiveness can flourish.

All employees would get increased bargaining power (individual and collective) within their jobs, because they would not be reliant on income from work to supply basic needs. Those who were dissatisfied with their type of work or with their work conditions would have better chances to negotiate other ways to live and work.

Young people, who currently face a very precarious future, would have much more meaningful choices and possibilities available if they had a basic income. Pressures to emigrate for financial reasons would be reduced. Basic financial security opens up possibilities for creativity, employment, entrepreneurial and educational pursuits and voluntary work.

Basic income would make low-paid work more financially viable than at present, since the pay would be a top-up to the basic income. A great deal of caring, artistic and political work is low-paid, but of direct social benefit. If a low-paid job were also dead-end work, a person would have a genuine exit possibility. Anybody, in any kind of paid work (high- or low-paid), who considered the work to be personally, socially or environmentally harmful, would have improved choices about staying or going.

Basic income would also make shorter hours in paid work financially viable for greater numbers of workers. If more people chose shorter hours of paid work, this would create employment opportunities for others. There is a growing body of evidence that working shorter hours on the job has environmental benefits, since stressed workers in a hurry consume more high-carbon goods and services. Personal health and wellbeing, time for family, household, community and civic engagement also benefit when people are less engaged with the demands of ‘full time’ jobs.

Government would ideally support this by legislating for practical changes in administration and taxation practices, to make things easier and simpler for employers. They should not be penalised and should ideally be rewarded for taking on more employees, working shorter hours.

It is possible to pay for basic income in Ireland, with our existing revenue system. It would replace almost all existing social welfare provisions (top-ups would be put in place for people with special needs), so the amount currently spent on welfare is immediately available. Employers would make a social-resources payment, to replace the present employer’s PRSI. The rest would come from an increase in income tax, which would be paid on all personal income over and above the UBI.i

Talk of increased income tax generates strong reactions, usually negative. But most people ignore the fact that the extra revenue taken in tax would be returned as UBI. In other words, the extra tax we would pay to finance basic income would be offset by the UBI received.

The income-tax source of funding is the simplest and most do-able right now. But ultimately, there is a need for a fairer tax code, more compatible with goals of sustainability and resilience. Such a tax code would keep taxes on labour low and charge high taxes (or economic rent) on resource use. Site- and land-value taxes would be an excellent start. There is also a need for democratic monetary reform, a shift to treating money as a social resource and a public good. And there is a need to start creating regional currencies and local currency commons.ii There is also the possibility of part-funding a global basic income through the Cap and Share or Cap and Dividend frameworks.iii
The important point for now, however, is that any Irish government making a priority of basic financial security for all could afford to introduce it.

Savings would arise from eliminating the bureaucracy of the present social security system. With better quality of life, thre would be less demand on public services such as hospitals, courts, mental health services and prisons.

Basic income would undoubtedly financially benefit some people more than others. Those who would benefit most are the most vulnerable in the current work-welfare system: people doing valuable unpaid work, including care, political and social activism and all kinds of cutting-edge pioneering projects. It would also help those caught in the ‘benefits trap’, people in precarious employment, the self-employed and young people. It would give people financial support to avoid high-carbon and other polluting and damaging work, and to devise low-carbon lifestyles. It would increase the contribution made by those who are already very well off. But if the well-off did fall on hard times, the basic income would provide basic financial support, without welfare applications or delays.

Basic income is not a panacea; it will not solve all our social, ecological or debt problems, nor does it claim to. But it creates the conditions for creative solutions, rather than blocking them, as much of our present social security system does. It is an immediate injection of liquidity into the ‘real economy’ of everyday goods and services and it is an essential investment in a resilient and positive future for all. It would work best if combined with a fairer tax code, especially site- and land-value taxes, and accompanied by democratic monetary reform and the creation of diversity in local and regional currencies. But even standing alone, it would release many talents and energies that are constrained by the present work-money system.

The social inclusion and care for each other that underpins basic income would foster solidarity and tolerance and reduce the resentment, divisiveness and cynicism that can occur when people experience wildly different levels of security. Increased social inclusion creates conditions for greater civic participation and deeper democracy. It deflates the claims of far-right groups, who play on the fears and insecurity of populations, and claim that their undemocratic methods can provide a better life. With basic income, the state functions to pre-distribute money, it provides a basic security at the broad parameters of society and economy and allows unlimited creativity and diversity in the ways people choose to live and work.

There is an active international basic income network (BIEN) on all continents. Visit the international website at http://www.basicincome.org/bien/
The Irish network is one of the oldest affiliates and has recently launched a website atwww.basicincomeireland.com.
You can find many resources and links on the various websites.
The European Citizens Initiative for an Unconditional Basic Income is a campaign to collect one million signatures to call on the European Commission to encourage cooperation between the Member States to explore Unconditional Basic Income (UBI) as a tool to improve their respective social security systems.

Please visit their site and sign their petition at: http://basicincome2013.eu. 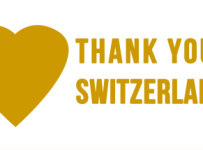 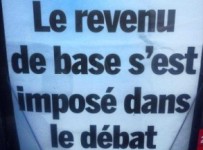 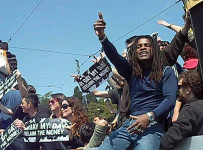