Finland has received international attention for its basic income experiment. A basic income initiative in Switzerland has collected enough signatures for a nationwide referendum. The Greens and some left parties and figures have long supported a UBI, including Die Linke co-leader Katja Kipping.

At a time when the Left is in search of innovative ideas to mobilize the people hardest hit by austerity, a basic income has enormous promise. Yet as demonstrated by the politics of some of the idea’s backers — from Milton Friedman in the US to the major centrist parties in Canada and Ireland — a basic income isn’t inherently radical. Without the right design, it could do little to achieve egalitarian objectives — or even backfire badly.

While the idea of a basic income as an egalitarian reform can be traced back to Thomas Paine, interest in the policy has picked up in the last few decades. Belgian philosopher and economist Philippe van Parijs, for example, sees in the basic income the possibility for a “capitalist road to communism” — a strategy for leaping over socialism (understood as collective workers’ ownership of the means of production) and moving directly to communism (“from each according to her abilities to each according to her needs”).

In recent years, a UBI has been embraced in particular by the post-productivist left, which carries a strong feminist and ecological bent and rejects the traditional left’s valorization of labor and the working class.

For example, feminist theorist Kathi Weeks identifies a basic income as the linchpin of a “postwork political project,” which regards the minimization of work as the key to an emancipatory society. Her case for a UBI comes from the perspective of social reproduction feminism. In capitalism, socially reproductive labor within households is largely uncompensated, and still overwhelmingly performed by women; by severing the connection between income and activities designated as “work,” Weeks writes, a basic income “highlights the arbitrariness of which practices are waged and which are not.”

By shortening working hours, a basic income expands the realm of freedom and encroaches upon the realm of necessity, taking us closer to a society where we can hunt in the morning, fish in the afternoon, criticize in the evening, and wash dishes after dinner. Furthermore, a UBI generates more hospitable conditions for social movements, freeing up time and energy and creating “a kind of unconditional and inexhaustible strike fund,” as the Marxist sociologist Erik Olin Wright puts it.

All of this, however, rests on one condition: that the level of basic income is high enough to eliminate the need to work for a wage. Otherwise, people would still be forced to labor under a boss, and most of the features that make it potentially emancipatory would disappear. A parsimonious basic income could even depress wages since workers would require less pay to subsist.

Could an NLBI still be a significant improvement over the status quo, even if it is not as transformative as an LBI? It entirely depends on the source of its funding and other associated measures.

If the money for an NLBI comes from taxing the 1 percent or cutting prison or military expenditures, it is clearly positive. For example, Matt Bruenig and Elizabeth Stoker Bruenig call for a $3,000-a-year basic income that would be financed by raising taxes on the rich and reducing the “submerged welfare state for the affluent” — a robust redistributive measure even if it doesn’t lead to a radical post-work transformation of society.

But it should not escape our attention that an NLBI is very similar to the negative income tax (NIT) favored by libertarian economists, including Milton Friedman. An NIT simply means that those who make less than a certain income threshold receive money back from the government instead of paying any income taxes. Friedman argued that after instating an NIT, you could eliminate all other existing welfare programs, reducing bureaucracy and market interference.

More recently, the libertarian political scientist Charles Murray has proposed an annual unconditional grant of $10,000 for every adult and scrapping the rest of the welfare state, including Social Security and Medicare.

Even if a basic income is not introduced as a libertarian scheme, financing it by eviscerating other social policy or public investment programs (or through non-progressive taxes) would likely have a negative redistributive effect, without increasing the scope of freedom.

In a political context in which the Left is on the defensive, such an outcome is not unlikely. The Swiss proposal advocates for a considerably higher and livable 2,500 francs per month — and its proposed text for the constitutional amendment states a basic income should “enable a dignified existence” for the entire population — but the vast majority of parliamentary members bitterly oppose the social movement–led plan. In Finland, it’s a center-right government that’s proposing the multiple options up for consideration, with different levels of income and funding sources, containing both progressive and reactionary possibilities.

Even if the Left had sufficient political power to win a progressive NLBI, it is far from clear it should be our primary demand. We still need better-funded and free higher education, massive investment in green infrastructures and energy sources, and the restoration and expansion of decimated social policy programs, just to name a few priorities.

A basic income’s universalism and lack of means testing is certainly significant, as van Parijs emphasizes. He argues we should aim for a “basic income at the highest level that is economically and ecologically sustainable,” whether it’s a livable amount or not. On the other hand, a basic income may not be fiscally compatible with an expansive welfare state under the conditions of capitalism.

For feminist economist Barbara Bergmann, even a below-livable basic income would undermine a Swedish-style welfare state — the kind of welfare state that may contribute more to social and gender justice because of its targeted focus on socializing social reproduction. While a basic income would compensate those who spend countless hours doing unpaid reproductive labor, men who don’t engage in reproductive labor would receive the same amount.

The fundamental dilemma of a basic income is that the more achievable version — in which basic needs go unmet without supplementary paid employment — leaves out what makes it potentially emancipatory in the first place. Indeed, many commentaries cite basic income experiments to argue it does notsignificantly reduce work incentives.

This contradiction is directly tied to the fact that a basic income only addresses the question of distribution, while ignoring that of production. The kind of freedom from work — or freedom through work, which becomes “life’s prime want” — that an LBI envisions is, in all likelihood, not compatible with capitalism’s requirements of profitability.

The dramatic strengthening of working-class power under a robust LBI would sooner or later lead to capital disinvestment and flight, since capital can only make profits through exploitation and won’t invest unless it can make a profit. But slowing production would undermine the material basis of an LBI.

The only way out is to continue producing even if one can’t make a profit. Thus, an LBI would sooner or later force onto the stage the age-old question of the ownership of means of production.

Despite all these shortcomings, a basic income remains one of the few concrete proposals with emancipatory potential that is gaining mainstream attention and support. Especially in a period of left weakness, we should not dismiss it or disengage from discussions about it simply because a UBI throws up numerous challenges.

It is most politically powerful as a demand — a demand that exposes the irrationality of an economic system in which productivity increases seem to bring more unemployment and misery instead of the expansion of freedom they make possible.

In addition, it is not inconceivable that even an NLBI could constitute a first step in a longer-term strategy toward an LBI, forming an institutional infrastructure that could be expanded when the balance of class forces is more favorable. And the very presence of a basic income could help highlight the arbitrary link between “work” and income.

But when it comes to basic income proposals, the details matter. Supporting any plan that seems politically attainable and bears the name “basic income” isn’t a strategy for winning radical change. In the end, there is no feasible way to achieve a free society, or even one close to it, without challenging the power of private capital. 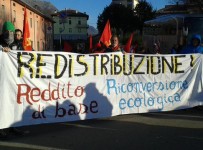 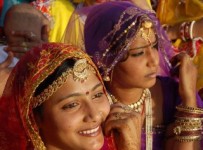